The Alabama Council of the American Institute for Architects (AIA) has named Auburn graduate Carlos Hernandez as the winner of the 2022 Young Architect Award. 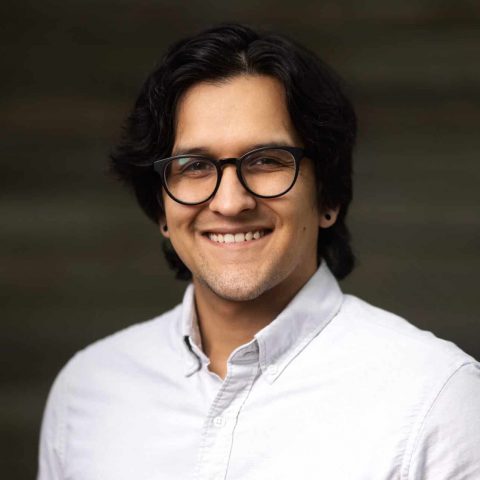 This award is given to a younger member of AIA who has made significant contributions to the industry and the organization. Hernandez graduated from the School of Architecture, Planning and Landscape Architecture (APLA) in 2015 with bachelor’s degrees in architecture and interior architecture.

Hernandez has been an active volunteer with AIA Alabama in Birmingham and with the Alabama Center for Architecture, where he has worked to help design and install several exhibits over the years. Most recently he worked with the organization to bring the National Building Museum’s traveling Evicted Exhibit to the Birmingham Public Library in 2021 and collaborated with two sociologists, Drs. Nyesha Black and Sarah Rutland, to create an Alabama-focused companion exhibit. That work led to a volunteer effort called The Compassion Project which resulted in a temporary pilot community services center for people experiencing homelessness in Birmingham. The center operated during the 2022 World Games and brought together several care organizations in the city in one location to provide legal aid, social services, healthcare, meals, showers, laundry and entertainment to visitors. The Compassion Project won a Merit Award at the AIA Alabama Design Awards and volunteers are now advocating within the city to make similar programs possible in the future.

Hernandez is currently an Associate Architect at ArchitectureWorks in Birmingham where he specializes in design visualization and graphic design in addition to typical architect responsibilities. Last year, he worked with Graphic Design Program Chair Robert Finkel on the Red Rock Trails System Branding and Wayfinding and he is currently collaborating with Associate Professor and Graduate Landscape Architecture Chair David Hill on the Auburn University Transformation Garden. A champion for nature and sustainability, he recently worked on the Interpretive Center at Gulf State Park and the Gulf Shores Center for Ecotourism and Sustainability. “My favorite project is probably the Highland Park Community Garden,” Hernandez said. “Not only did I design it but I now serve on its operating committee.”