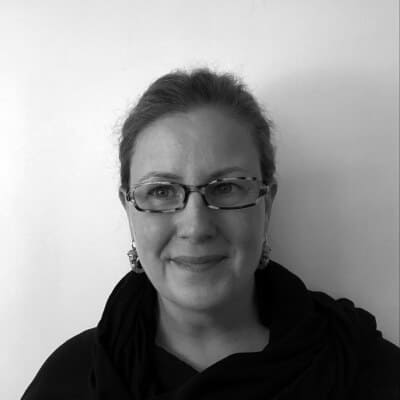 Interest areas in research and practice:
Fletcher has won numerous awards for art, architecture and graphic design. Most recently, she was awarded the 2017 Auburn University Author Award, the 2014 Outstanding Teaching Award from Auburn University School of Architecture, Planning and Landscape Architecture, was a 2013 Fellow at The Hambidge Center for the Creative Arts & Sciences, was a finalist for the Forward Arts Foundation 2012 Emerging Artist Award and was named a Studio Artist at the Atlanta Contemporary Art Center for 2009–2011.

Routledge Publishers released her new book, Constructing the Persuasive Portfolio, in October of 2016. Fletcher has delivered portfolio workshops throughout North America and is scheduled for events in the United States, United Arab Emirates and the United Kingdom in 2019. Her next publication, Visual Communication for Architects and Designers, will be released in 2020.

Fletcher is a practicing artist with gallery representation through Sandler Hudson Gallery in Atlanta, Georgia where she was awarded a solo exhibition titled, OCUS 11 ante litteram, in the fall of 2013. Fletcher’s creative practice currently focuses on issues related to architectural and spatial representation. Fletcher practiced architecture with Mack Scogin Merrill Elam Architects for over ten years where she was a Project Director. Through the design collaboration with Mack Scogin Merrill Elam Architects, projects she participated in have won over twelve American Institute of Architects (AIA) Awards including three National AIA Awards of Excellence in Architecture.