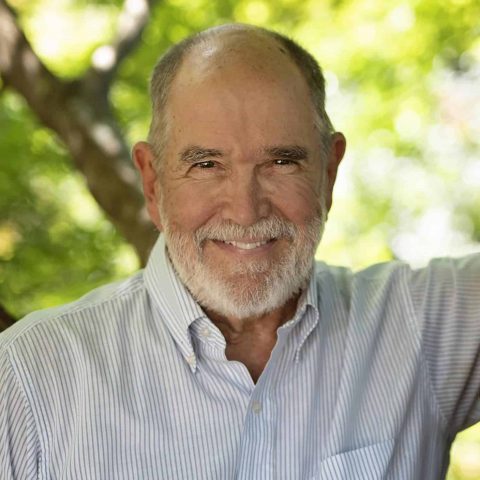 With gratitude and appreciation for his service, the College of Architecture, Design and Construction (CADC) announces the retirement of Clark Lundell, Professor and former head of the School of Industrial and Graphic Design (SIGD). Having been a faculty member at Auburn for 45 years, Lundell served as the head of SIGD from 1991 to 2022. He was one of the longest serving unit heads in the history of the university before stepping down this past January.

Lundell graduated from Texas A&M University with a Bachelor of Environmental Design and a Master of Architecture. He began teaching in Auburn’s Architecture program in 1978 and served as interim school head in 1988 and 1996 as well as Landscape Architecture’s interim program chair in 1989. Lundell eventually moved to CADC’s Industrial Design program and was an integral part of growing the program in the mid-1990s. “From an institutional standpoint, he was instrumental in preserving Industrial Design at a time when its future wasn’t clear,” stated Chris Arnold, current interim head of SIGD. Lundell lead the efforts to secure the Industrial Design program’s accreditation by the National Association for Schools of Art and Design (NASAD). He played a crucial role in integrating the Graphic Design program into the college in 2007 and creating the School of Industrial and Graphic Design in 2013.

One of Lundell’s most significant accomplishments in his time with SIGD was the incorporation of industry professionals in the classroom. “Clark shaped the character of Industrial Design’s industry collaborations,” Arnold said. “They were occurring before he arrived, but he cultivated their modern implementation in practice, not only for us at Auburn but also within academia.” For many years, Lundell was a licensed architect and a member of the American Institute of Architects (AIA) and the Industrial Designers Society of America. He has received AIA’s Award of Excellence as well as a Design Excellence Award from NASA. In 2015, Auburn University named him a winner of the Algernon Sydney Sullivan Award, which recognizes unsurpassed humanitarian leadership and contributions to the community. Prior to his career, Lundell served in the United States Navy in the 1960s during the Vietnam War.

Lundell’s influence will continue to be felt strongly since many of his colleagues were at one time his students. Current Industrial Design faculty members Shea Tillman, Jerrod Windham, Ben Bush, Rusty Lay and Shu-Wen Tzeng, along with Arnold, all studied under Lundell as undergrads in SIGD. “Clark’s approach to leading both students and faculty was one of continual accommodation,” Tillman said. “In teaching, he created open pathways to enable students to learn and worked to remove barriers for faculty in enhancing their teaching and research. His steady demeanor, reflective position and positive outlook helped fuel all of us who worked with him.”

Arnold said that the school wouldn’t be the success it is today without the guidance and influence of Lundell. “It is impossible to separate the strength and prestige shared today within our programs from the administrative leadership that Clark Lundell has provided over the past thirty years,” he stated. “As a faculty member in architecture and design, he has played a role in shaping two generations of CADC graduates.”

Acting CADC Dean Karen Rogers stated, “Clark Lundell is responsible for creating and maintaining some of the signature characteristics of SIGD, a widely recognized, highly ranked design school. He is an outstanding educator and a wonderful colleague. He will be missed.”