“Y’all checking in?” — A Glimpse into Auburn’s First Boutique Hotel

Brian and Kim Wirth hadn’t intended on opening a hotel in Auburn. It was a Saturday like any other during football season on The Plains. Kim was in town on a recruitment trip when she saw that the historic Wittel Dormitory was up for sale. “She didn’t tell me anything about it,” Brian recalls. “All she said was, ‘You’re going to go look at Wittel Dorm before the game on Saturday.’”

The Wirths met while students at Auburn University in 1991. Brian graduated from The McWhorter School of Building Science with a Bachelor’s degree in Building Construction. Kim studied Journalism in the College of Liberal Arts. They were introduced by mutual friends—a familiar beginning to many Auburn love stories.

After graduation and getting married, the Wirths packed up and moved north. There, they both fell in love all over again—this time with historic homes. “We were some of the first participants in the renovation of the Capitol Hill neighborhood,” Brian recalls of their time in D.C. Mr. and Mrs. Wirth went on to renovate several more homes around the country—in Memphis, Auburn, and the Gulf Coast. “We believe in respecting the history of the building and the context of the place,” Kim says. This noble philosophy is apparent in The Collegiate Hotel, formerly the Wittel Dormitory and the Wirth’s latest project. Having been open now for four months, the attractive structure has already found its new place in the “Loveliest Village.” 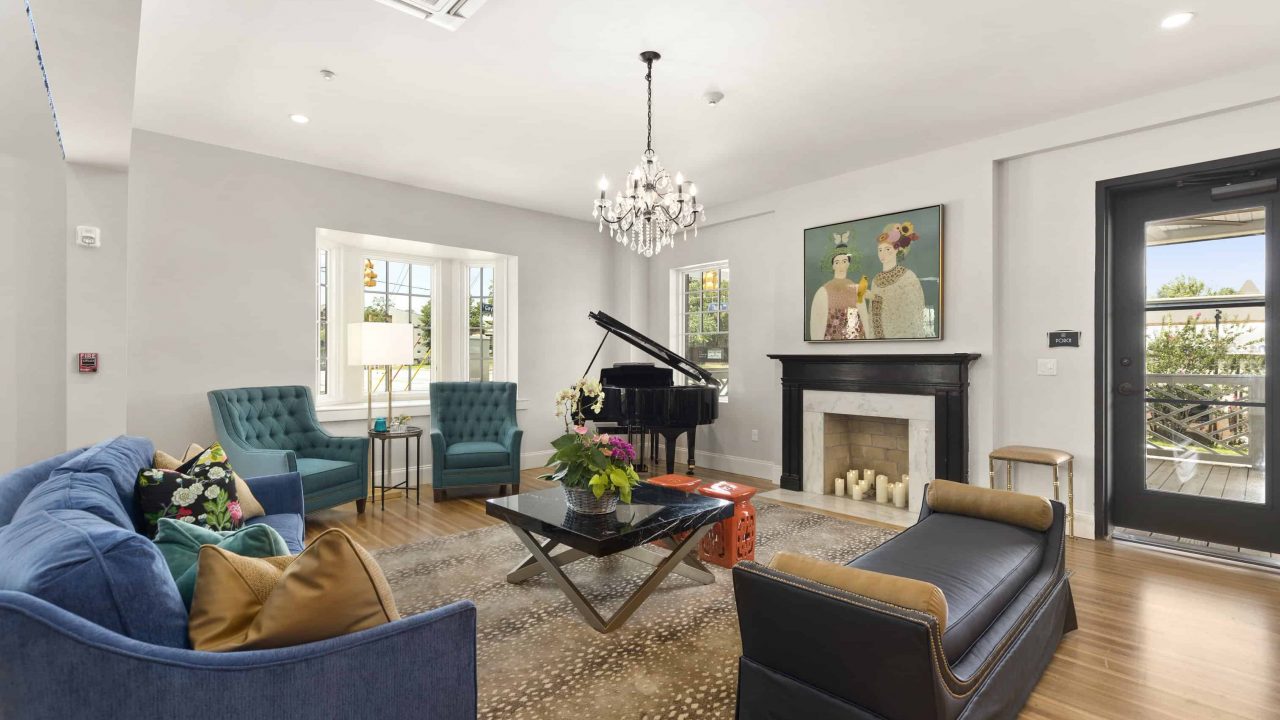 The lobby/parlor area serves as a gentle introduction to the land of orange and blue. Plush furniture in muted tones and beautiful, original artwork greet guests as they enter. The real showstopper is the giant eagle mosaic in the entryway. Comprised of thousands of round sequins, it casts a shimmering reflection on the opposite wall, weather permitting. The traditional wood floors lead guests to a large, marble-top bar outfitted in playfully retro décor. Brian and Kim wanted to create a space for everyone—even Bama fans. “The overarching thing for us was spaces to gather—places you want to come to,” Kim says.

Bar visitors aside, guests at The Collegiate will enjoy the thoughtfully outfitted rooms—each with a unique character and feel. The hotel boasts a total of forty guest rooms, several of which are pet-friendly suites. 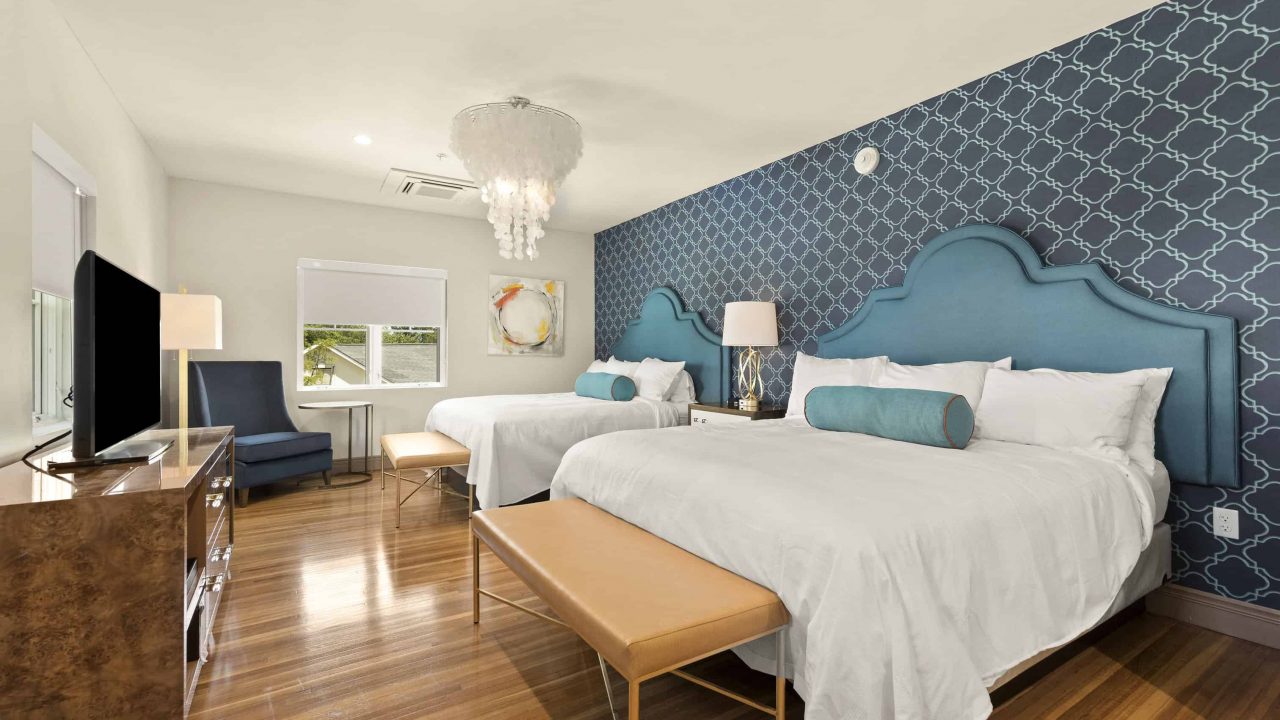 Kim was responsible for sourcing the décor—almost all of it being original art or antiques that were in the old Wittel Dorm. During the weeks leading up to the highly-anticipated grand opening, Kim and Brian were contacted by Pat Wittel Tremaine, an Auburn local who grew up in the historic women’s dormitory. The Wirths were able to purchase many antiques from The Wittel’s family collection, and these pieces add even more character and authenticity to the hotel.

Brian and Kim worked with Rebecca Conrad and Amanda Whitaker, both Auburn alumni, of ANF Architects in Memphis, TN. The architects were enthusiastic about the Wirth’s desire to create a boutique hotel that was steeped in a sense of place. Memphis contractor, H. Montgomery Martin, of Montgomery Martin Contractors, was another key figure in the project. Mr. Martin graduated from the McWhorter School with a Bachelor’s degree in Building Construction. The Wirths elected to involve as many businesses and people with ties to the Auburn-Opelika community as possible during the renovation process. While it may have been easier, less expensive, and taken less time to go with convention, doing things “the hard way” has really paid off. The Collegiate has been fully booked for every home football game weekend this year.

Both Brian and Kim attribute their success to their time at Auburn University. “I didn’t come from a construction family, so the industry was new to me. It was always something that appealed to me; there’s a lot of satisfaction in building a project and seeing it through to completion,” Brian recalls. His favorite memories were from his days in The McWhorter School’s co-op program and getting a taste of the construction industry from the start. “I wholeheartedly believe that the connections you made in school made The Collegiate happen,” Kim says, looking at Brian. Their daughter, Hannah, is checking in some guests at the reception desk which is covered in Glomeratas from years past. “We always agreed that we wanted to come back to Auburn one day,” says Brian with a smile. “Most people spend four to five years trying to get out and twenty years trying to get back.” 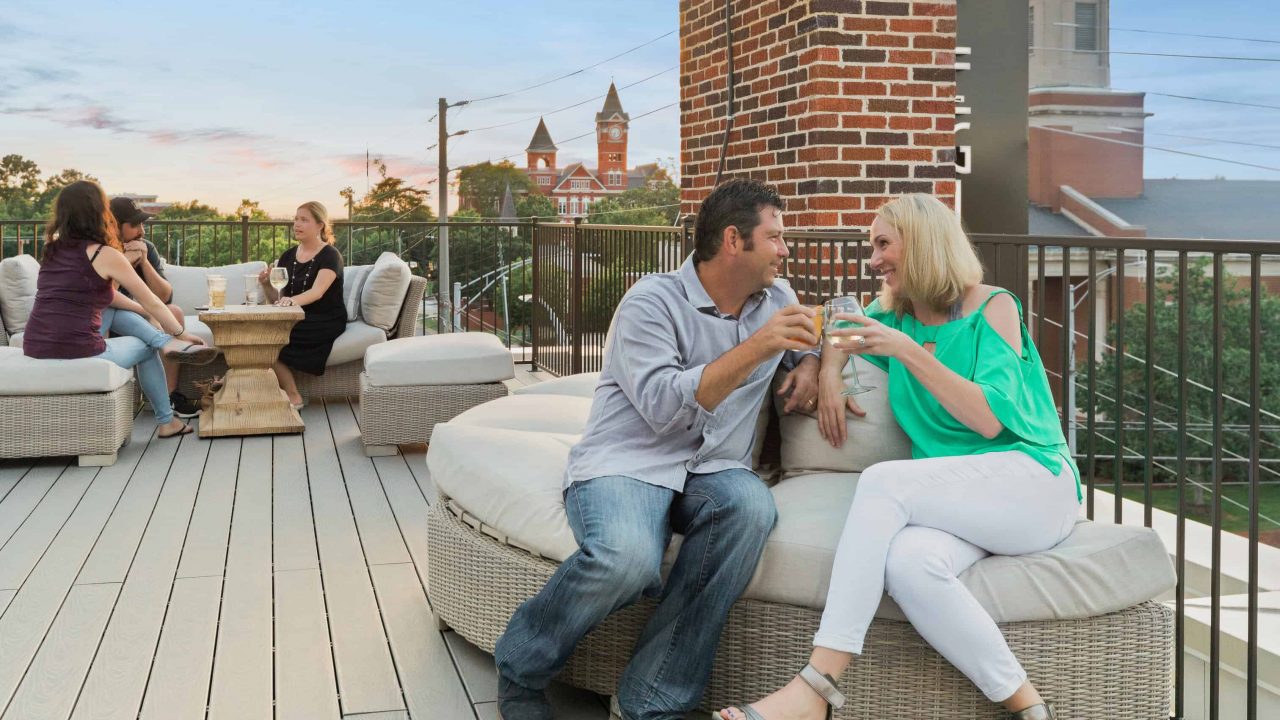 All photos courtesy of Brian and Kim Wirth.