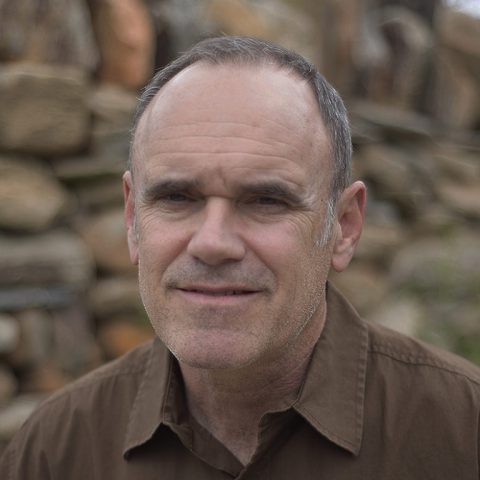 Carlton Nell, who teaches drawing and illustration at Auburn’s School of Graphic and Industrial Design (SIGD), has been named the 2020 Alabama State Fellow and the Southern Prize Finalist by South Arts, a regional non-profit that supports artists and community arts organizations. South Arts hosts an annual juried competition in its nine member states across the South. Nell received an award of $5,000 dollars as a state fellow and an additional prize of $10,000 dollars for being named the Southern Prize finalist.  He is the first Alabama State Fellow ever to receive an additional award in the competition.

Nell is being honored for recent pieces in an ongoing body of work he has been creating over the last 27 years. This work is based on images of clouds that are created with a technique called silverpoint, where a sterling silver wire is applied to translucent drafting film, thereby creating the illusion of depth. Nell says he is unavoidably fascinated with the subject of his work. “Clouds are profoundly and monumentally huge, beautifully tonal, ephemeral and always available to look at,” he stated. “I can’t imagine not responding to them with an artistic treatment.”

Nell is the recipient of a grant from the Auburn University Intramural Grants Program as well as a College of Architecture, Design and Construction (CADC) Seed Grant. He is grateful for a recent sabbatical that allowed him to focus on creative work, and for the support and encouragement of his CADC and SIGD colleagues. He hopes that this recognition of his work will help increase awareness across campus concerning the merits of creative work and scholarship.

The South Arts honorees’ work is scheduled to be displayed later this summer at Columbus State University in Columbus, Georgia. “South Arts has been very generous in their support of art in the region,” said Nell, “and Auburn, the CADC and SIGD have been very supportive of me in these endeavors.”