Scott Finn is retiring from the School of Architecture, Planning and Landscape Architecture (APLA) after a career that spans more than three decades. His colleagues at APLA have honored him with the distinction of Associate Professor Emeritus.

Scott’s work at the CADC is highlighted by a number of firsts and ground-breaking initiatives: with the help and support of numerous colleagues, he established and for ten years full-heartedly headed APLA’s place-based Rome program; he was the first chair of the architecture program; he was the first APLA faculty member to spend a quarter in residence at the Urban Studio in Birmingham, working with then Director Frank Setzer; and he developed, inaugurated and taught the core curriculum course ARCH 2600 The Art of Architecture, Place and Culture to hundreds of students from across campus. Under Scott’s direction, building on a foundation established by his colleagues, architecture camps grew from 12 to 80 enthusiastic students each summer. During his time at Auburn, he coordinated each of the five year-level architecture studios and taught in all of APLA’s programs: architecture, interior architecture and landscape architecture. As Head of the APLA Lectures Committee, he invited and hosted Paul Rudolph, Frank Gehry, Charles Gwathmey and many other renowned architects to campus.

As a teacher and an architect, Scott is deeply engaged in the relationship between design, history, community and place. His professional accomplishments include having been part of the team that designed and built Mt. Laurel, a new town in the wilds of Double Oak Mountain outside Birmingham. Scott served as the on-site director of design, and worked with a team that included several APLA alumni to implement DPZ’s urban plan for the project. He sees all of his work – at Auburn, Urban Studio, Rome, Mt. Laurel and elsewhere – as the manifestation of his dedication to team work and community building. Scott is an educator through and through. Former CADC Dean Dan Bennett says that “Scott Finn embodies all of the characteristics that make a teacher memorable to every single student that comes in contact with him. It matters not whether it was in 1988 or 2018, or from all of the years in between, the description is the same: knowledgeable, engaged, caring, funny, compassionate, dedicated, ethical, understanding.” Cheryl Morgan, former Urban Studio Director, has “…always envied my colleague Scott’s energy, command of the subject matter, turn of phrase and true passion for students and their potential. He was called to and is an amazing Teacher – capital T.” Scott believes in studio instruction based on the Socratic method, and claims that he knew he was doing a good job when, during his first semester here, a student asked him “Why do you always answer my question with another question that makes me answer my own question?” He cares deeply about not only the education but the well-being of his students, and considers having frequently brought midnight treats of ice cream and other life-sustaining edibles to students on charrette to be one of the most important things he did at Auburn. He is equally thoughtful with colleagues, and takes special pride in having mentored and supported young faculty just as he was mentored by colleagues during his first years teaching in APLA.

As a colleague and friend, Scott is generous, loyal, enthusiastic, collaborative, demanding and mischievous. He would like to be remembered for having introduced himself to Auburn President Dr. Hanley Funderbunk during Fine Arts Week while dressed up as a bag of 4-foot foam-rubber French fries. He is renowned for weaving impromptu renditions of show-tunes into his teaching and conversation, and includes amongst his proudest moments having sung the “Post-Modern Lament” – on a dare – to an NAAB accreditation team. CADC Associate Dean Karen Rogers fondly remembers a day when Scott bounded into her office after teaching a class, declared “That was fabulous! I was channeling Vincent Scully!” and burst into song. In the words of CADC Dean Vini Nathan, “Scott is a wicked smart teacher, mentor, architect, and historian. Through his innate ability to spark curiosity and imagination, he helps students and colleagues to see, understand and know the world in remarkable ways. A keen intellect and natural renaissance man, Scott exudes an infectious positive energy that is nothing short of magical. He is a rare, precious individual.” Scott characterizes himself as a tireless teacher and a perpetual student. His colleagues and friends characterize him as a treasure. He will be missed. 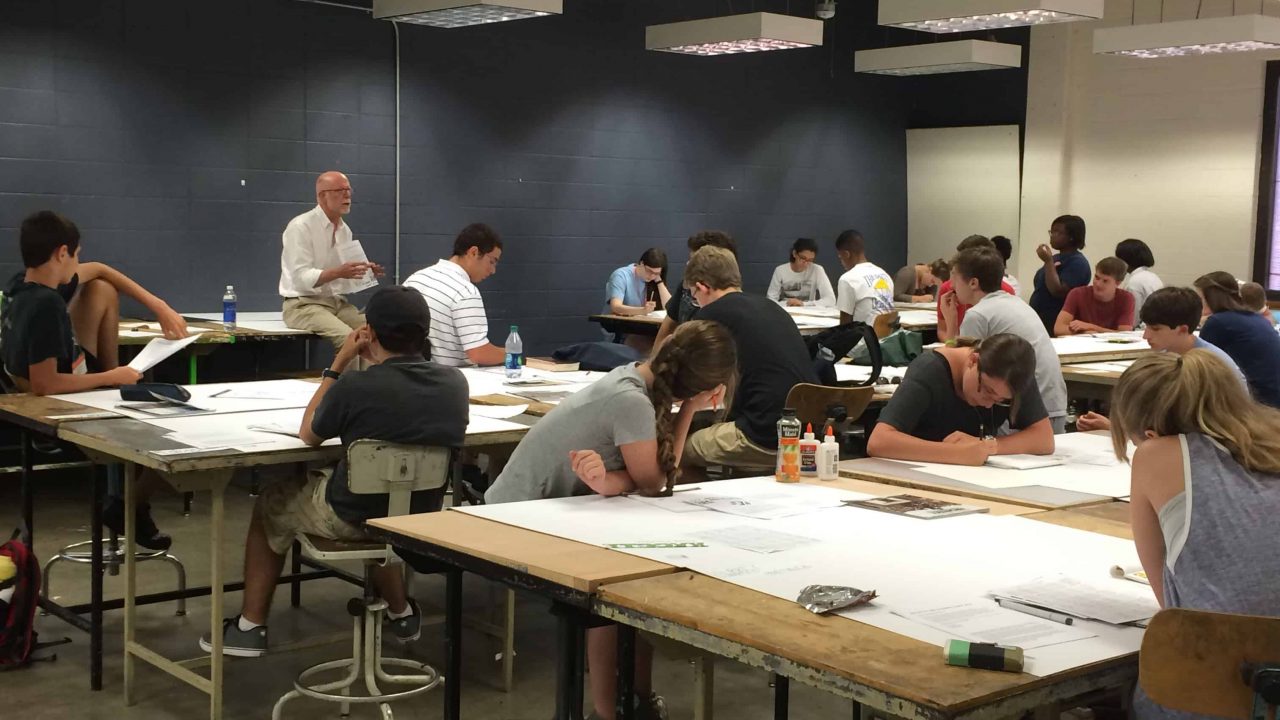