Claire Sasser is an Assistant Project Manager in the Atlanta office of Whiting-Turner, where she began her career shortly after graduating from the McWhorter School of Building Science's Master of Building Construction program in 2017. 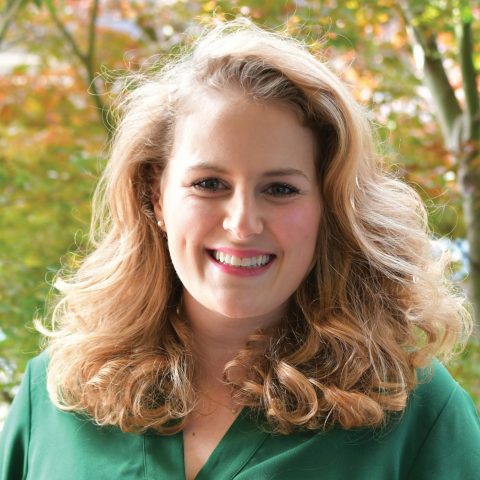 Since then she has worked on a wide variety of commercial construction projects including office renovations, high-end retail projects and hospitality construction throughout the Southeast United States.

One of her favorite projects has been the Deerpark event facility on the Biltmore Estate in Asheville, North Carolina, which included 26,000 square feet of space with a ballroom, breakout meeting rooms and a large commercial kitchen. Sasser is currently the lead project manager on an office renovation for a repeat client in Pensacola, Florida. She oversees planning and delivery of the entire project, from preconstruction through building turnover and closeout, and is responsible for all communication between the team and the client in order to ensure a transparent and smooth operation.

Sasser came to Auburn’s graduate program directly from Texas A&M University, where she earned a bachelor’s degree in construction science. For her capstone project, she gained valuable experience working with Assistant Professor Alan Bugg and the Great Lakes Dredge and Dock Company on the U.S. Army Corps of Engineers’ Savannah Harbor expansion project. “This was an amazing opportunity to learn more about utilizing real-time tracking technology in a way that could possibly lead to a new standard of safety protocols for the workers in the dredging industry,” she said.

Sasser hopes to eventually share her industry knowledge with the next generation of construction students by teaching in higher education. “The professors whose classes I enjoyed and learned from the most were those who had a career in the construction industry first,” she explained. “These professors took their years of knowledge, experience and leadership and created classes that were instrumental in the success of my development.”